A cup of hot milk with honey or chocolate milk. People like to enjoy a glass or two of milk, but what about our four-legged friends – are dogs allowed to drink milk?

This guide clarifies this question and discusses essential facts on this topic.

Contents show
1 The most important, in brief
2 Can dogs drink milk?
3 How milk affects dog health
4 In what quantities can I give milk to my dog?
5 Care should be taken when feeding milk.
6 What milk alternatives are there?
6.1 Cottage cheese
6.2 Quark
6.3 Yogurt
6.4 Cheese
6.5 Related posts:

The most important, in brief

Whether dogs are allowed to drink milk or whether they should – there is a big difference between them. The following section will show you what agrees and how milk can affect your dog.

The white liquid should be good for humans, so why not for dogs?

Dogs are generally allowed to drink milk. It is not toxic to them, but not recommended due to intolerances and side effects. Intolerances and complaints usually accompany consumption.

Tip: To test whether your dog can tolerate milk, give him a tablespoon a day, but pay attention to the possible side effects.

Due to the lack of the enzyme lactase, numerous side effects can be expected in dogs. In addition to digestive problems such as diarrhea, constipation, and malaise, a milk allergy can also develop. It manifests itself as itching on paws and ears or as chronic inflammation.

Milk is known for its high protein content, and 100 g of whole milk (at least 3.5% fat) is about 3.3 g of protein. It also contains essential minerals such as calcium and phosphorus.

The following table shows which minerals and how much of them are contained in 100 g whole milk with at least 3.5% fat.

The average content of vitamins in 100 g of whole milk with at least 3.5% fat is shown in the table below.

The enzyme lactase must be present. Most dogs produce this enzyme at puppy age but lose it as they grow up.

The breast milk that puppies receive after birth is specially designed for them. With the end of breastfeeding, less and less lactase is produced by the dog’s body.

If milk and dairy products are still fed, it does not automatically mean that the dog still has lactase. If the lactose can no longer be split, lactose intolerance develops, which usually manifests in diarrhea and severe flatulence. But also vomiting and colic abdominal pain can occur.

In the first weeks of life, puppies drink about 12 to 20 times daily, so they must have a balanced diet.

In what quantities can I give milk to my dog?

Although cow’s milk is rich in proteins, vitamins, and minerals, it is not necessary for a balanced diet for the four-legged friend. If the dog tolerates milk, it can be administered in small quantities.

Dogs do not get to drink milk as a reward.

Care should be taken when feeding milk.

Should not give Pure cow’s milk to the dog to drink if he does not tolerate it. It includes condensed milk, sour cream, kefir, goat milk, and buttermilk.

What milk alternatives are there?

With pure milk, lactose is the problem that dogs usually have to deal with. Other products contain less lactose and are better tolerated by the dog; here, we have listed a few.

It does not contain much fat and little lactose but a lot of protein.

Again, the milk sugar content is relatively low and has proven to be a good alternative in the feed bowl.

They are very suitable as small snacks in between meals.

Attention: Plant-based alternatives such as almond or soy milk should not be given to the dog, as these can cause allergic reactions. 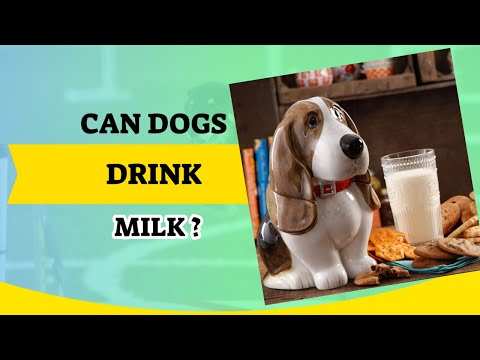